Car keys used to be so simple and easy to duplicate. You would take the key to a locksmith or a hardware store that provided duplicate keys and just cut a duplicate. Now, car keys have what is called a "transponder" built into them. The transponder keys disallow theft of vehicles when the wrong keys are inserted into the vehicles' ignitions. For this reason, and all of the following reasons, you need to allow your locksmith more time to manufacture a duplicate key for your car.

Although your locksmith could easily cut a duplicate key using the original car key, your car may refuse to start. This is due to the fact that the transponder chip in most auto keys made after 1995 creates a direct link to the car's onboard computer system when the key is placed in the ignition. A duplicate key that does not have the chip is the same as attempting to insert the wrong key with the hopes of starting the vehicle. The onboard computer does not register that there is a chip present, so then the whole car could go into lockdown and refuse to start. Ergo, your locksmith needs to have the correct keys with the correct transponder chips on hand before he or she can cut a duplicate key for your year, make and model of car.

The Locksmith May Have to Special Order Blank Transponder Keys

Since auto transponder keys with built-in chips are a little more costly than old-school keys without the chip, your locksmith may need extra time to special order the blank keys that match your vehicle. The transponder chips for one make, model and year of vehicle are quite different than, say, the make model and year of another vehicle from the same name-brand manufacturer. (This is another way in which theft is deterred because keys for various vehicles by the same manufacturer cannot be interchanged and used to start all the vehicles that company makes.) In order to get the right blank transponder keys to cut and duplicate for your vehicle, the locksmith has to request them from the manufacturer along with permission from the manufacturer to cut your duplicate keys.

The Locksmith Has to Document the Number of Duplicates

Even if your locksmith does a batch order for transponder keys so that he or she has several on hand, he or she still has to document the number of duplicate keys cut. Some vehicle manufacturers keep track of the number of extra keys to vehicles produced. What, exactly, the vehicle manufacturers do with that data is not entirely known. However, if your locksmith has to special order the blank keys, get permission to cut duplicate keys and then document the number of keys he or she cut for various late-model vehicles, that is a time-consuming process for which you should allow the locksmith a little extra time. Contact a locksmith, like http://www.alocksmithriverside.com, for more help. 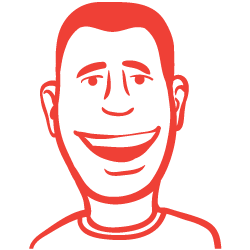 A few months ago I started thinking about robberies in our area, and it occurred to me that our home was less than completely secure. Our front locks hadn't been updated in years, so I started exploring different ways to improve the security of our home. Before I installed bars on the windows and created a panic room, I contacted a locksmith to install a few extra precautionary door-locking mechanisms. He was able to completely overhaul our front door, and it was really incredible to see the difference that it made. Check out this blog to learn more about home security and locksmiths.